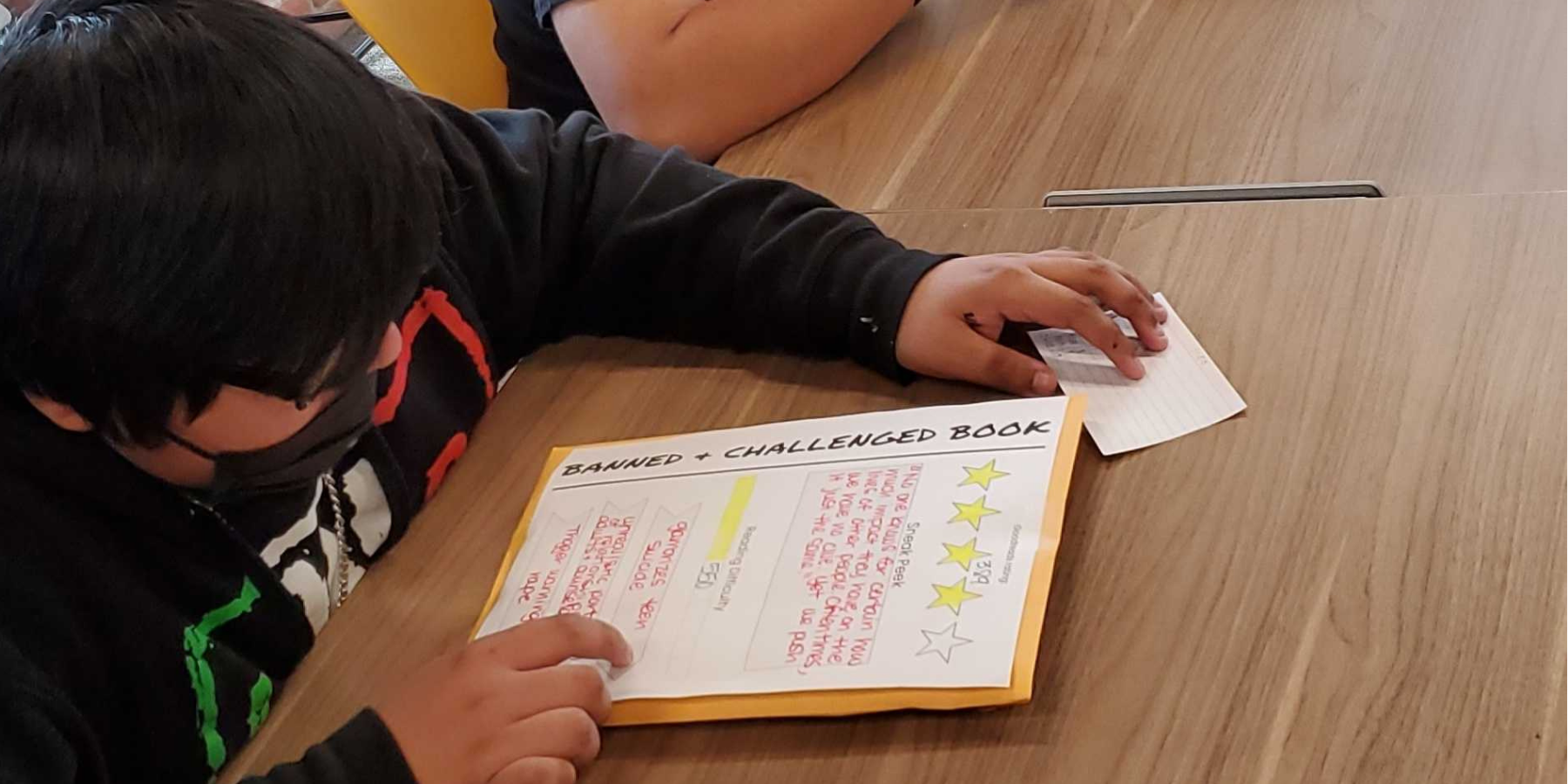 Student voice is not only a major part of PPHS model but also one of Coach Kara Witsman’s newest Immersion Project, “Explicit Content”. She came up with the idea for the project so that students would have an opportunity to examine the power that an individual voice can have, even if at times, they may feel muted. Witsman was excited to take on the challenge of presenting “touchy” or historically charged topics through a project, with a focus on understanding and acceptance.

The project began with discussions about traditionally taboo topics like censorship, cancel culture, and more - from there they went deeper into texts that had been banned. Students were given snippets of the content of the books - without knowing the title or background of the book itself, enabling them to pick a book they were interested in through its content alone.

Students then began the research process, with the specific goal of understanding both sides of the book-banning argument, with the end goal of analyzing both sides and creating strong arguments, counterclaims, and rebuttals - all necessary aspects of a well thought out argument. Students honed their empathy, research skills and historical knowledge by examining the elements of the book and the historical and cultural contexts in which it was written or banned.

Witsman was excited to give students the opportunity to explore topics that aren’t often covered in traditional schools, and her students were excited too! Steve Estes, a PPHS student, initially signed up for the project to earn English credit, but also because he was intrigued by Coach Kara’s pitch. Estes shared that, “the best part of the class was being able to share ideas and topics we aren’t usually able to by society’s standards”.

His final project was centered around the book George by Alex Gino - one of the most banned and challenged books over the last 10 years. The book which was written with an intended audience of middle-school students centers around a transgender student’s experience and Estes shares some context for the proposed ban on this book include, sexually explicit content, rejection of “traditional family values” and encouragement for students to “clear their browser history”. Estes’ ultimate stance on the book is that the topics presented, while he can understand some parent’s discomfort and uneasiness, they are not a good enough reason for the book to be banned.

Witsman knows that these conversations and larger themes can be controversial, after all, the title of the project is “Explicit Content”, so she wasn’t quite sure what to expect when she sent a note to parents, explaining the goals of the project and the content that would be covered. Parent responses were overwhelmingly positive, with one parent sharing that they believe this kind of project is the type of project that ALL students would benefit from and that their student learned, and shared, a lot throughout the project.

Overall, the Explicit Content project was a success with a high degree of student engagement and enjoyment with Witsman sharing that, “students have really engaged in discussions, because they know many students don’t get the chance to openly talk about these things”. Through completing this project, students not only examined history and literature but also how to structure a debate, discourse about potentially divisive topics, and understand diverse perspectives - all skills which we know will prepare them for a bright future.